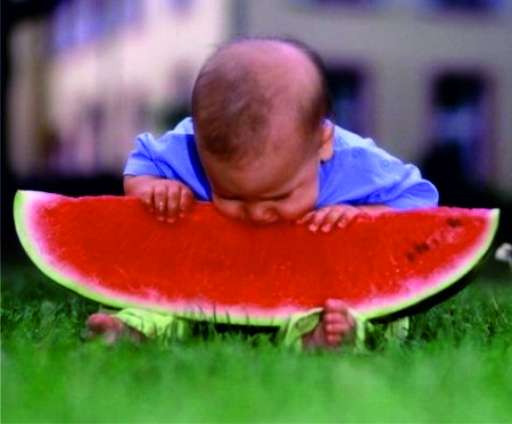 In the city of Diyarbakir in the southeast of Turkey, the annual and already 11th Watermelon Festival has ended, at which everyone had the chance to taste this sweet striped melon culture. The festival, organized by the governor of Diyarbakir, had few contests involving children, teenagers and adults, including eating a watermelon at speed, artistic watermelon carving, a watermelon ride, and even a competition for babies matching a watermelon. But most of all visitors to the festival were waiting for the competition for the largest watermelon. Every year, thousands of Diyarbakir residents eagerly await the weighing of the watermelon giants. This year, the winner of the competition was Ikram Atli with a fruit weighing 45 kg 500 grams, who received a cash prize of 10,000 lira from the Governor of Munir Karaloglu.