Flowers will be handed out in Alanya 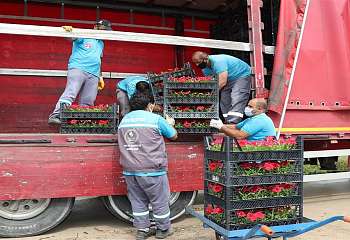 The Municipality of Alanya is preparing to celebrate Eid al-Adha. According to the already established tradition, more than 60 thousand seedlings of various flowers will be distributed to the residents of the city during the celebration. Flowers will be handed out free of charge at sites near cemeteries so that people can plant them on the graves of their loved ones. According to the mayor of Alanya Adem Murat Yücel, such an action is in great demand among the population, every year residents of the city receive plants, and not only on Eid al-Adha, but also during other holidays. "We are preparing for every holiday, especially for such an important one as Eid al-Adha. We will be glad to see you in sunny Alanya," the head of the city says.