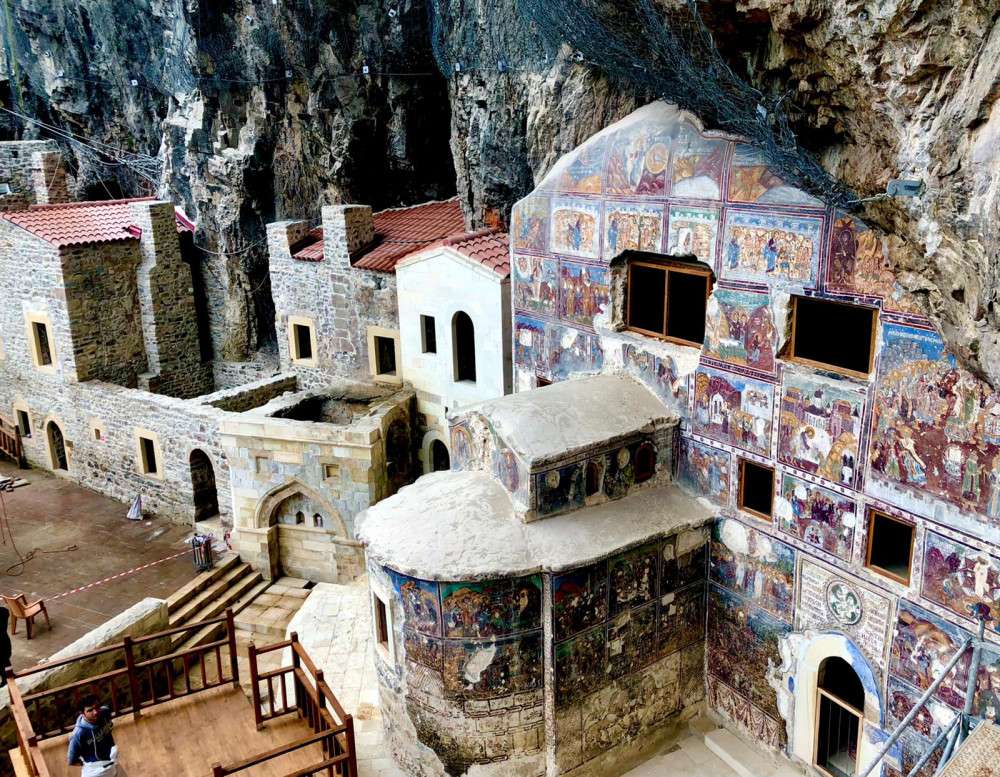 The Sumela Monastery in Trabzon province, one of the main tourist sites of the eastern Black Sea region of Turkey, has reopened to visitors since July 1 after five years of restoration work. The monastery is literally carved into the rock and is located right above the abyss, which makes it even more attractive for tourists. However, this also became the main problem of the restoration - the most difficult part of this process was cleaning and fixing the rock from further collapse. The opening ceremony of Panagia Sumela, which was closed for restoration at the end of 2015, was attended by the Minister of Culture and Tourism of Turkey Mehmet Nuri Ersoy. According to him, 57 million Turkish liras (5.5 million euros) has been spent for the restoration of the temple. According to the Minister, there are "very valuable frescoes" in the monastery and the painting and revitalizing works are still going on. The premises of the temple, which were previously closed to visitors, were also restored. According to the Trabzon Department of Culture and Tourism, the main temple of the monastery, 10 chapels, a holy spring, a bell tower, a library, a two-story kitchen, a fountain, administrative premises, monastic cells and a guest house have been restored within the framework of the project.