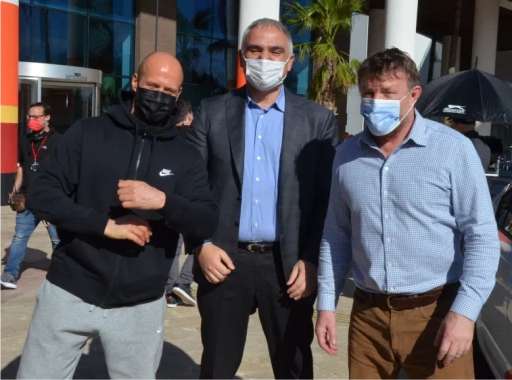 During his visit to Antalya on Friday, the Minister of Culture and Tourism of Turkey Mehmet Nuri Ersoy  visited the set of the new Hollywood action movie "Five Eyes". The head of the Ministry of Culture met with the leading actor Jason Stateham, actor Cary Elwes, director Guy Ritchie, rapper Bugsy Malone and other members of the film crew. The Minister watched the filming that is taking place these days on the territory of the EXPO exhibition complex, where, for the sake of beautiful shots, a huge pond was again filled and the territory was brought into a proper form for Hollywood shots.