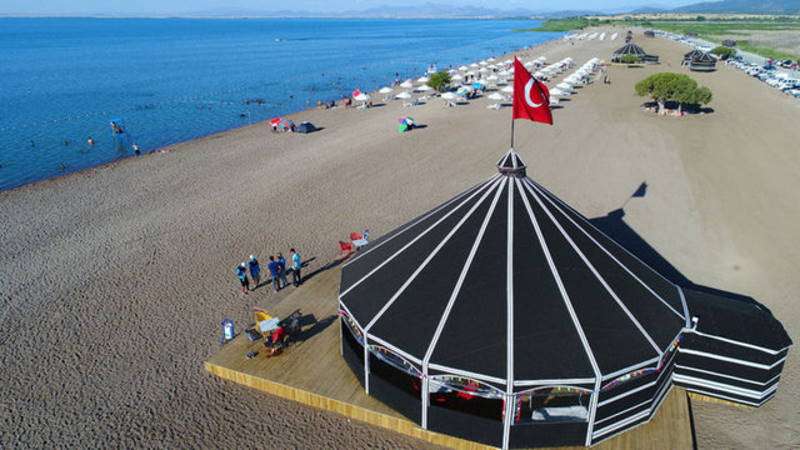 The largest freshwater lake in Turkey, Beyşehir, is located in two provinces - Konya and Isparta - and is surrounded by national parks. Despite the fact that the lake is 650 square kilometers, its depth does not exceed 10 meters, and the coast is often shallow and suitable for children2s swimming. Even residents of the neighboring province of Antalya come here on vacation, because it is difficult to find a good beach with clean sand and fresh water in this region, especially in this hot season. This year, the Beyşehir municipality decided to open for vacationers the country's largest freshwater beach in the Karaburun region. There is a number of small islets, which, depending on the water level, appear and disappear and constantly become the subject of fierce disputes between local residents. Many of the 20 larger islands contain the ruins of ancient Byzantine monasteries.