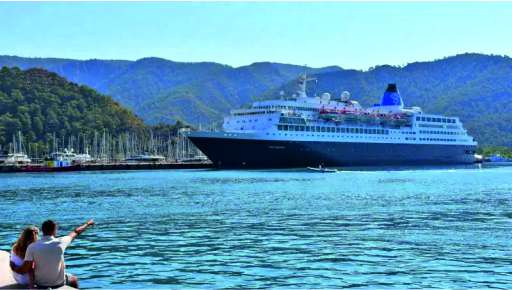 The Bahamas-flagged Blue Sapphire cruise ship docked in the port of Kuşadası on the morning of September 2, and the next day arrived at another popular resort - Marmaris. The starting and ending point of the cruise route is the "resort capital of Turkey" - Antalya. At the port of Marmaris, the arrival of the ship, which carried 450 passengers, mainly from Russia, was greeted by a Turkish folk dance group and orchestra. Tourists filmed the performance of the Turkish band on their mobile phones.

For the previously popular cruise ports of Kuşadası and Marmaris, the arrival of this ship was the first in the last 16 months. The first cruise ship since the outbreak of the coronavirus pandemic was a positive signal for the industry's recovery.